At the weekend, I took part in a Garden Gig as part of the Furzedown Summer Festival with my fellow storytellers from South London Storytelling.  We told stories into the night, in a beautiful garden with musicians to accompany us. Our finger food was themed to all of our stories with tropical fruit, gingerbread men and canapés.

I’d planned to tell a story called ‘All that Glitters’ by West African storyteller ‘Munah Mayo’.  Her version tells of a man who met a woman in a village.  After falling in love they marry and travel back to his homeland.  On the way home, he gives away all that he owns including parts of his body! The new wife is left with the shell of the man she thought she knew.

This theme of transformation or shape shifting is quite well known in folktales but what drew me to the story  was the well known saying ‘all that glitters is not gold’.  I shared with the audience how my childhood was littered with Guyanese proverbs.  Whenever my Dad was stuck with a bit of DIY, my grandmother would offer the helpful saying ‘you can’t chew bone with gum’.  She meant that you if you don’t have the right tools or expertise, then the job won’t get done.

The man in my story is a traveler and so I decided to make him travel around Guyana and bring to life one of the many Guyanese Essequibo islands.  It was wonderful to make the story my own, with the landscape, food and colloquial chatter from my Guyanese heritage. I’ve not been back for many years, but whilst I was telling the story, I could still picture the blue skies, feel the sea breeze, smell the tamarind trees and hear the Guyanese twang.

My tale told of a woman keen to leave her village and see the world.  Perhaps she was too quick and perhaps he was a bit false.  As they say in Guyana ‘every rope has two ends’ which means ‘every story has two sides’. 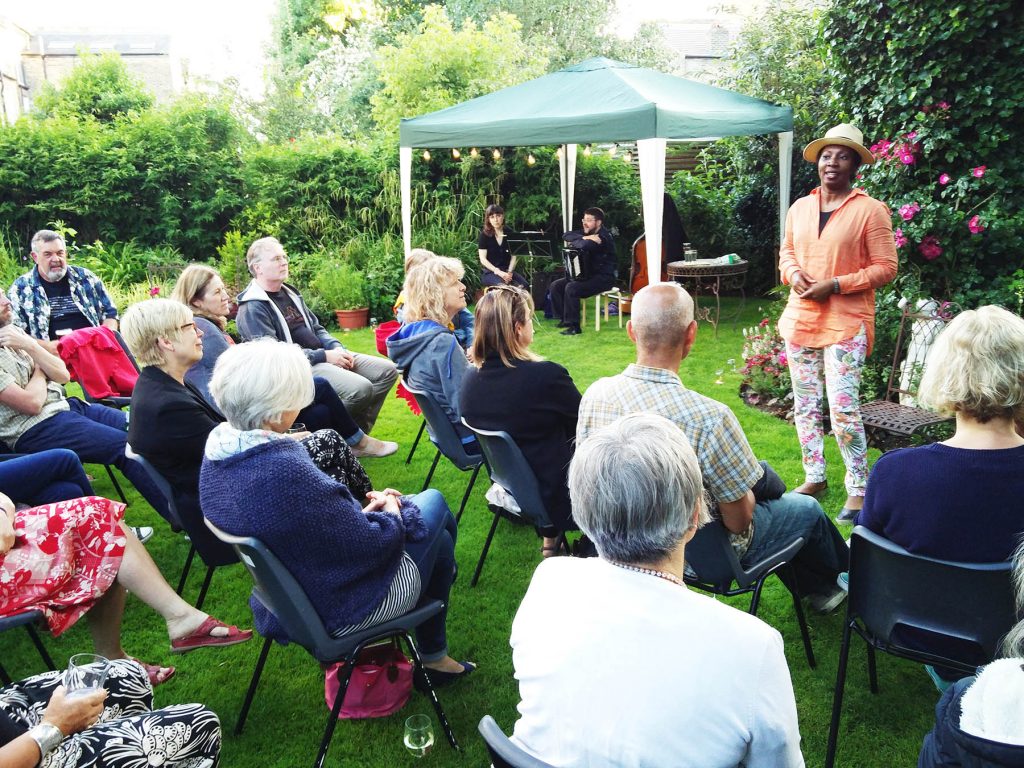 It was such a fun evening in a truly exquisite venue.  Our tales were very diverse which makes the evening so exciting.  Hannah Need told her version of the Little Mermaid, Alison Royce told the tale of the ‘Woman who had two’, Eileen Egerton told her version of The Gingerbread man based on a version by novelist Margaret Atwood. Andy Copps told ‘That’s Seven’, a folktale by Italo Calvino with strong links to Rumplestiklskin where he brought to life physically grotesque characters.