As a child and for my first degree at University, I studied Homer’s Iliad and The Odyssey as part of Classical Civilisation studies. So it was an absolute pleasure for me to share my version of the Homeric literature along with the Greek myths of the vengeful Olympian gods. 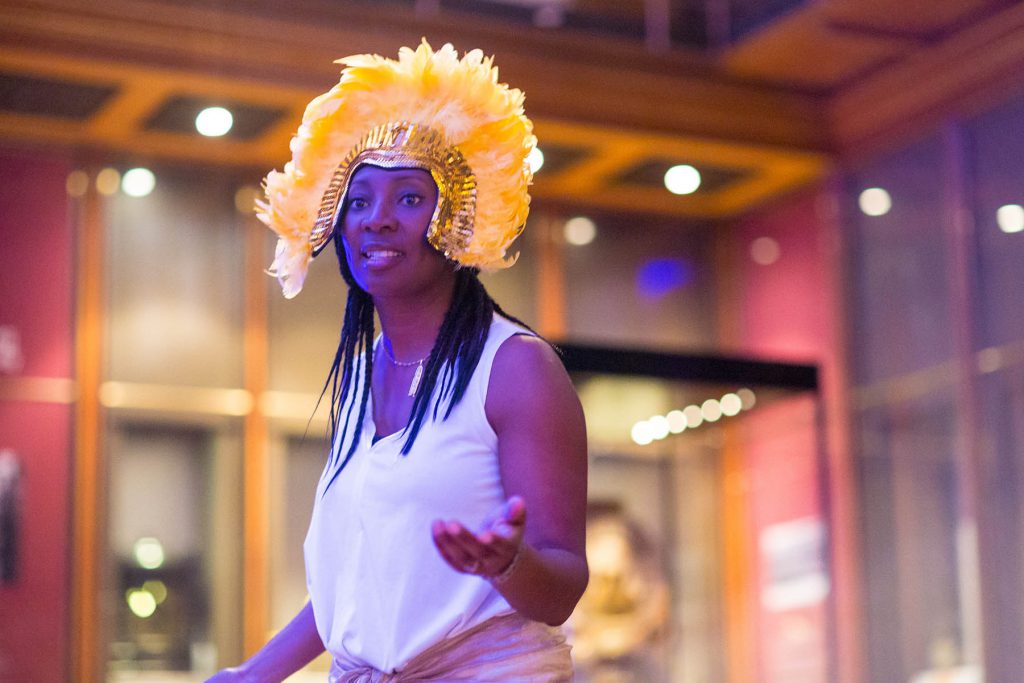 The curse of the Cyclops

I told the story of Odysseus’ time on the floating island of Aeolia, after escaping the land of the lotus eaters and the murderous cyclops Polyphemus. Once again, my story began with a vengeful curse as Polyphemus, recently blinded by Odysseus, appeals to his father Poseidon, God of the Sea:

“Grant me revenge! Let Odysseus never reach his home in Ithaca. If he must reach home, let his journey be long and perilous. Make him arrive home like a wretch and find everything in turmoil.”

My story then recounted how the curse was unfolding. Along the way, the audience met the powerful Lord of the Winds Aeolus, who gave Odysseus a large leather bag for safe-keeping, containing all of the tumultous winds; they met his fool-hardy men who gave in to curiousity and opened the bag, causing them to sail off course, the seductive enchantress Circe who drugged them and changed them in to grunting pigs, joyous scenes of traditional feasting and finally, passionate love-making before Odysseus headed off into the underworld to consult with the prophet Teiresias about how to get back to his homeland Ithaca.

These stories are wonderful for grown-ups (and children) not only because they include mythological creatures, super heroes and gods, but also because they reveal powerful emotions which we can all relate to.  It was really important for me to bring out the feelings of despair, envy, lust and anger when speaking for the characters.  I noticed quite a few eyes in the audience twinking with agreement when I asked them “have you ever ignored one simple piece of advice?”